The game consists of puzzles scattered across different rooms. Solving puzzles opens up larger portions of the house. NOTE: Some rooms open only after you have seen a certain cutscene. If you have trouble entering some rooms, revisit locations to progress. 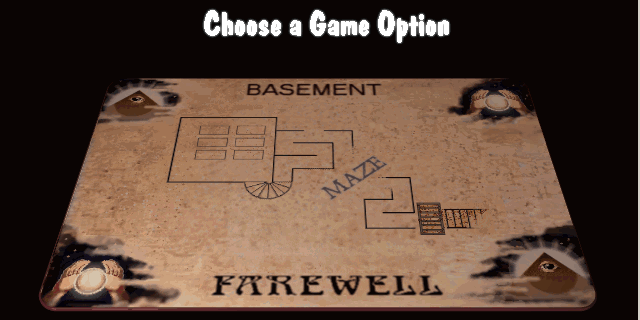 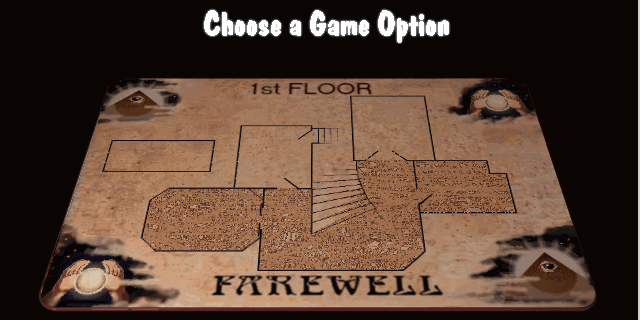 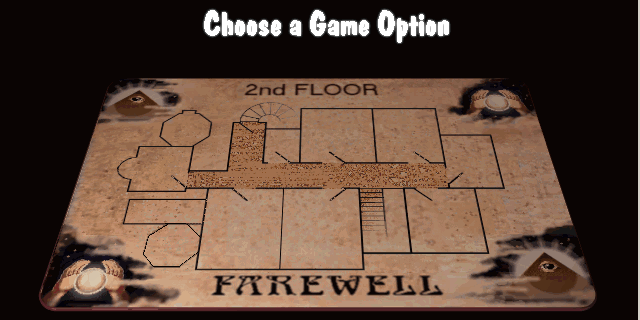 Divide the cake into six pieces, each containing two skulls, two graves, and one piece with only frosting. [+] 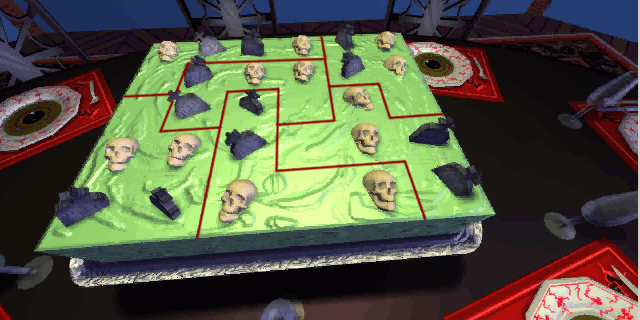 Arrange the cans in the pantry to form a proper sentence. [+] 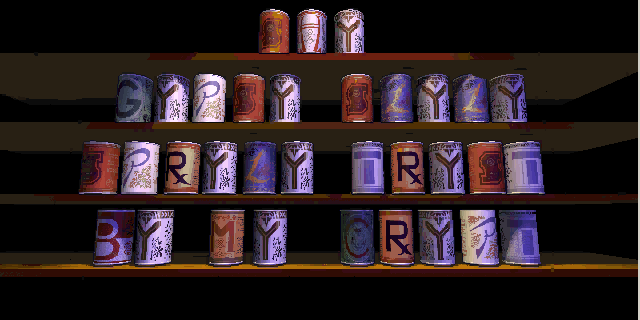 The sentence reads SHY GYPSY SHYLY SPRYLY TRYST BY MY CRYPT. Move the grates so that a circular opening appears. [+] 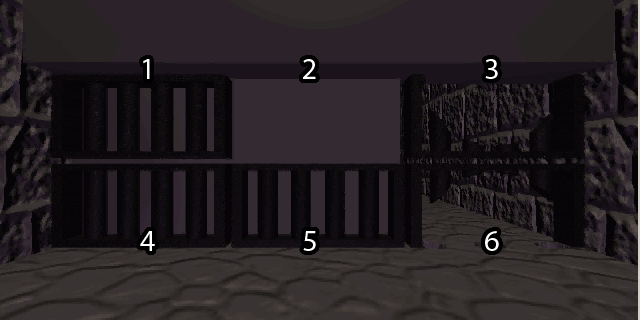 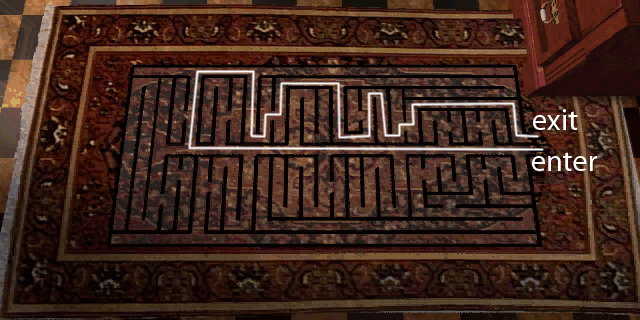 Close all the coffin lids. The starting position is random, so there is no solution that works in every case. Place seven spiders on the points of the star. [+] 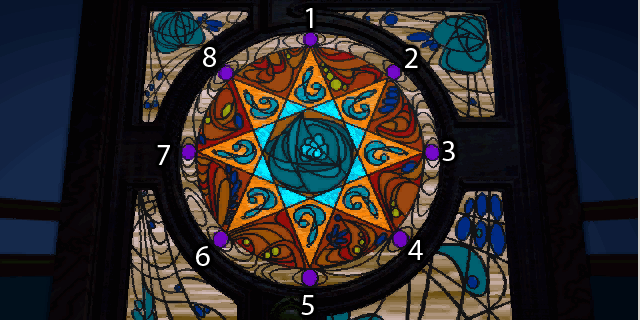 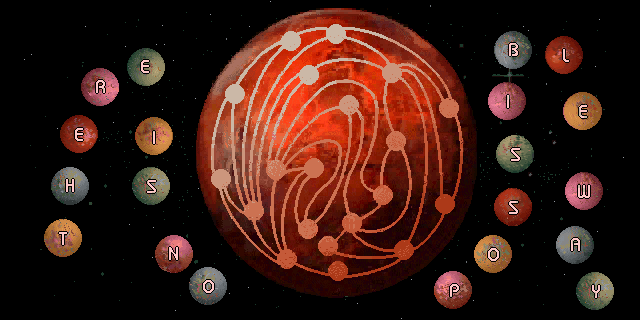 The sentence reads THERE IS NO POSSIBLE WAY. Spell out a sentence on the bedspread. Each letter you select must be 3 or 5 tiles away from the last one. All tiles are used. [+] The sentence reads THE SKY IS RUDDY YOUR FATE IS BLOODY. Switch the positions of the white and black bishops without any one of them ever threatening another. [+] 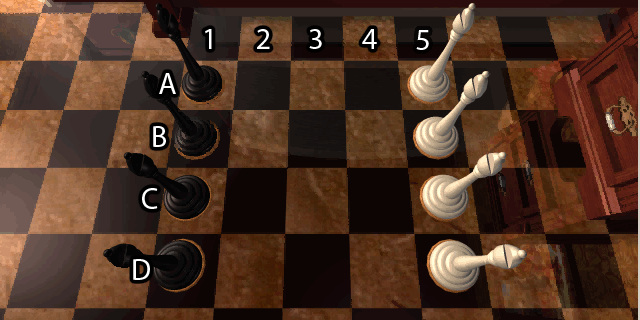 Place 8 queens on the chessboard. [+] 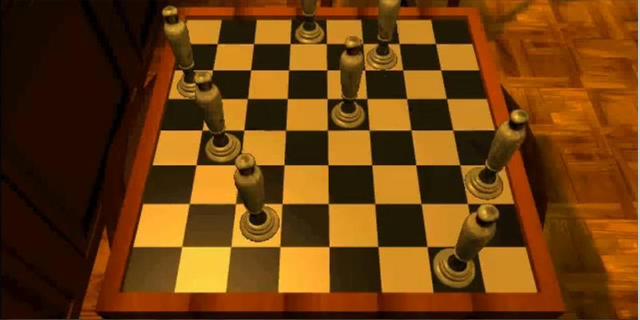 Uncover all the cards by only moving horizontally or vertically. [+] 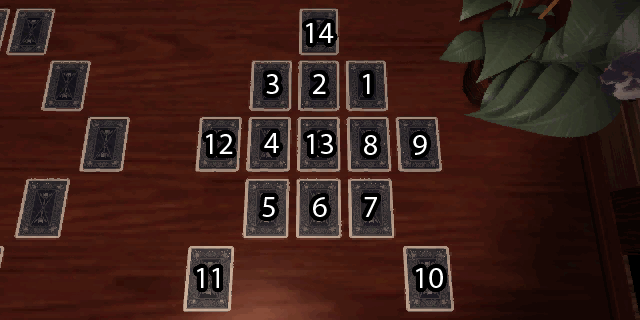 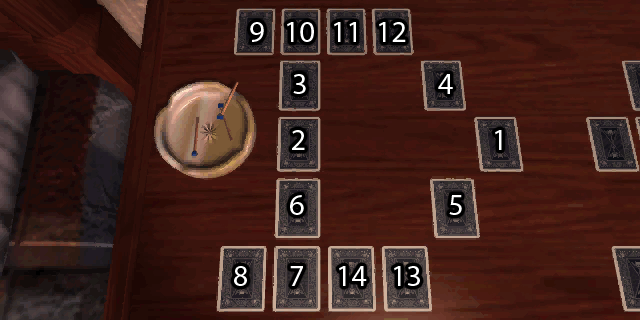 Swap the positions of the black and white knights. [+] 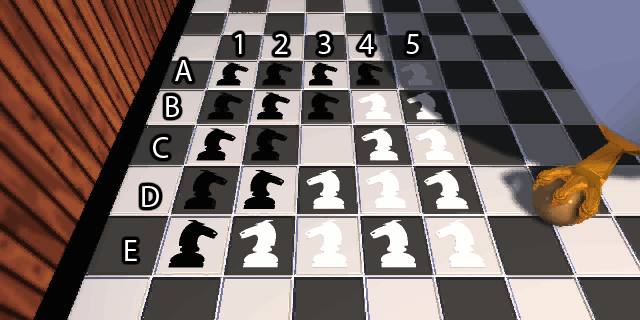 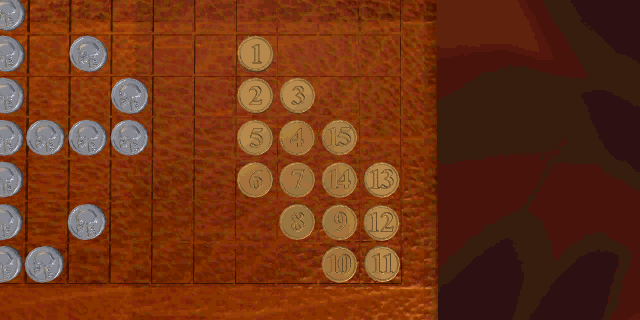 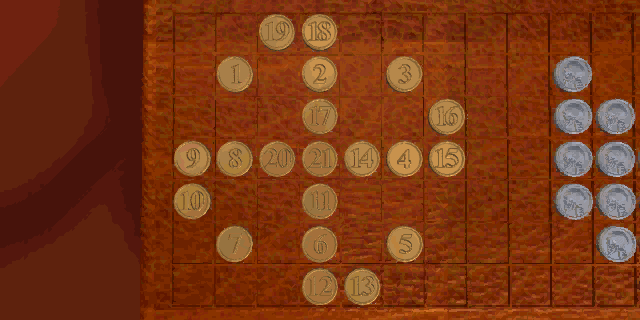 Move across the tiles so that all three color blocks drop as you step onto the exit tile. [+] 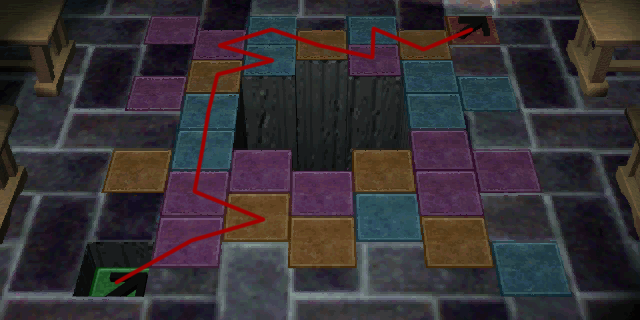 Win the game by having more bacteria of your color. Repeat each sequence of notes on the piano. Reconstruct Stauf’s face on the painting. Reconstruct the picture. You may have to start over the puzzle when it is not solvable. [+] 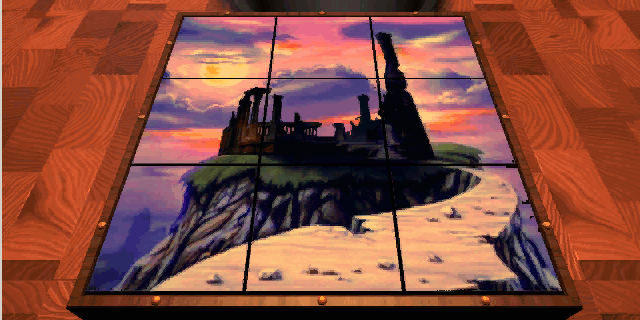 The doll house is accessible through the nursery. Spell out three words. [+] 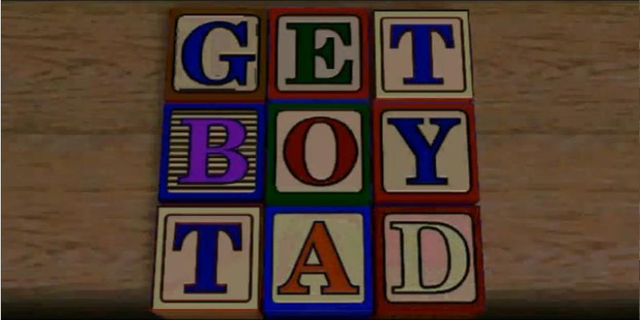 The words spell: GET BOY TAD. To open the door, remove all knives but one. You remove a knife by jumping over it with another knife. [+] 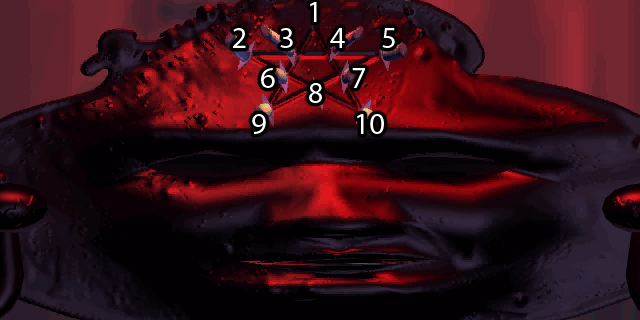 Select the knives in the order 6-5-1, 8-2-9, 5-10. On the building puzzle, You can set each type of window to a certain direction. Once set, once a window is lit up, it will light up the window in the same direction as windows of the same type. [+] 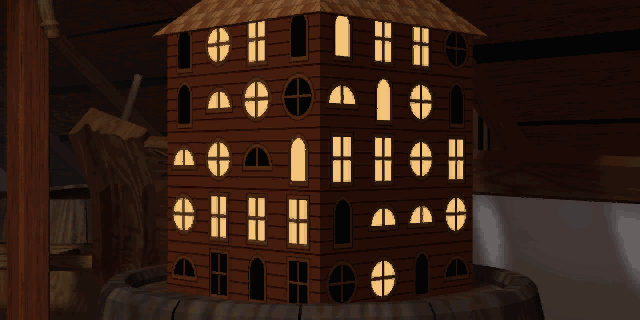 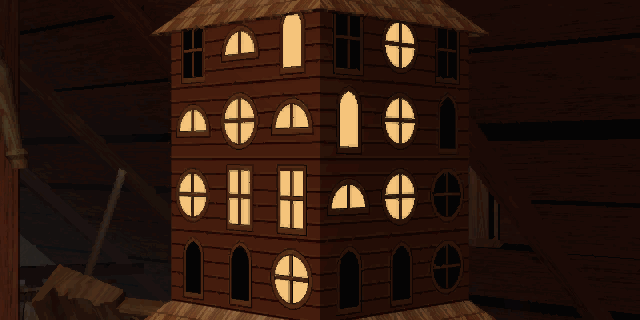 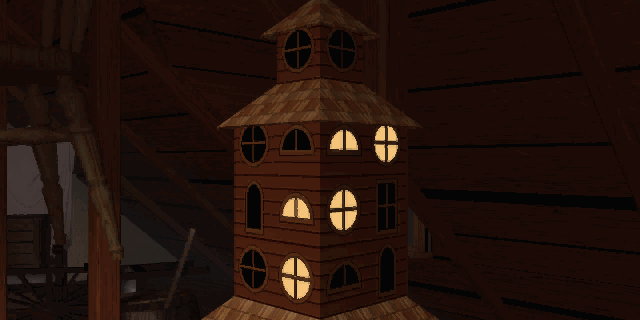